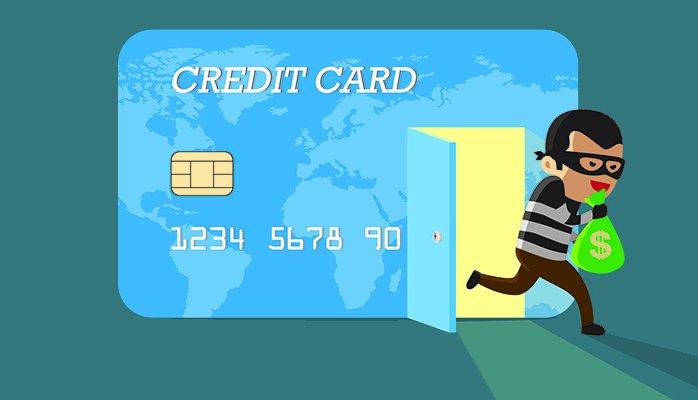 Almost a month ago, on May 15, 2016, between the hours of 5 and 8am Japan time, using compromised card details of customers from a Tier 1 bank in Africa, well over 100 people made physical cash withdrawals to the tune of almost 13Million USD at specific ATM cash points (7-Eleven cash machines; +/-1400 transactions).

This incident is no far different from the numerous cyber breach making the rounds on the corridors of cyber reportage e.g. Bangladesh bank . According to the CEO of SABRIC, Pillay Kalyani, year 2015, recorded a 778Million Rands loss to crime across all card types in South Africa. Generally, what we notice is the media often speaks heavily about the sad outcomes: How much data was stolen/compromised and often few times the intelligence behind the breach; as to how the crime skipped the security measures that the victim/breached institutions put in place. Needless to point out the numerous regulatory guidelines on data security e.g. POPI Act, PCI DSS etc. which favours concepts such as Encryption or Tokenization of card details in Applications. Could it be that there is but little information for cyber journalists to work with to complete these types of reportage? Or cybercrime forensics remains “confidential”? or perhaps never have any conclusions in Africa?

In this write, I try to suggest possible chronicle of the attack by making some assumptions on the conditions of the Tier-1bank pre-attack

To attempt to answer the big question of how the heist was a success from an external observer perspective without making the uncertain certain would to shoot into the dark. Still, going by the assumptions above and without any privileged details, I will start by eliminating some possible calls that don’t add up to explain the “how”.

Just as is with most broad cyber breach forensics, the key to understanding what may have happened is to narrow down the numerous attack vectors, eliminate the unlikely possible method by which the attacker would have perpetrated their actions and then drill down further on the possible attack methodology. In order to try to guestimate the method of attack in this Tier 1 African bank, one needs to examine all attack vectors. Having read some press release from online media agencies I stand to rule out some assertions in mainstream media.

1. The ATM software was hacked: This assumption could have been true when you consider the fact that only the “7-eleven store ATMs was purportedly used in this attack. After all, there are numerous ATM hacks and methods in the public domain, even onYouTube. For this to happen, it would mean that for all the 100 location points, that the ATM hack action must have taken place, the actual owner of the compromised card details would have also used the ATM within the last 24 hours: An unlikely probable occurrence, hence, ruling this assertion out (this hack would have been possible only for a Local bank not a bank outside Japan).

2. Compromised Merchants: Normally, PCI standards does not allow merchants to store CVV details in their process of receiving payments. Had this breach been a few handful of card details (5 -10), it could have been said that the compromised card details were those of certain merchants, but if that was the case, the hack would have gone beyond only one bank, being the main casualty in this case: hence this assertion is again overruled.

Having ruled out ATM hack and Compromised merchants, this leaves us with one question, where would you probably find all the card details hosted in numerous quantity from a single source? And together with, having all complete information view of all the parameters that could allow anyone easily re-create the cards (Card numbers, Expiry dates, CVV, CVV2, CVC2 & CID). Potentially, this would be the Banking Application that the bank uses. In our assumption – say SAP.

But wait a minute: The Tier-1 bank has NGFW, IDS/IPS, Endpoints Security and all the perimeter fencing capabilities! The Ponemon institute conducted a research and found out that organizations continue to invest so little or nothing on Application layer security when compared  with other areas of enterprise security. Also, just recently, an SAP statement on Forbes magazine claimed that 84% of cyber-attacks now occur on the application layer.

Taking us back to our search for answers, you would be surprised to find out that even with PCI DSS regulations in place, we see a number of people already have the capability to decrypt credit card data in Applications like SAP even as far back as 2011 (http://scn.sap.com/thread/2027341). If your guess is as good as mine: After 5 years of this post, there would have been faster ways of achieving decryption of credit card details in SAP (Not discussed in this write). Whilst technology has also moved to tokenization, you may find out that there are vulnerabilities in applications that allow you escalate privilege into tables that contain the raw credit card details and afterwards decrypt the cards details in cases of encrypted data.

To be frank, with the method of this heist – over 100 people and 14,000 transactions, I can bet that my suspicions of potentially more card details exposed is a valid suspicion.  So…What probably happened at the Tier 1 Bank?

To simply hope as we do in Africa that no such heist happens again is simply not wise, rather as there would be more likely attacks of this nature, we advocate checking all areas of Application Security in mission critical applications benchmarking them against 3rd party frameworks.

I leave you with some more questions: Could it be that an application vulnerability in SAP or Open Source was exploited in this heist? Could it be that some unfamiliar strings of malware was also used as a wider toolkit in this attack? I guess we will never know until a time when and if an actual documentation of the forensic report is released by the Tier -1 bank. However, what I know for sure is that these types of attacks could play a long-term and huge impact on the confidence of investors, customers and partners of the Tier 1 bank in Africa.

Beyond Reputational damage and loss of confidence, the trends that follow this attack cannot be too far-fetched as we see a decline in the Tier 1 Bank on the JSE index listing to 112.45 from 116.95 just upon announcement of the breach

As most readers are aware by now, Firewalls, Intrusion Detection/ Prevention Systems and anti-virus software are main go-to mechanisms for blocking attack vectors, but no protection method is totally attack-proof.

In conclusion, we must note that while the Tier-1 bank, like any forward thinking bank will continue to do many things aright from a cyber – security perspective, we must come to terms with our new world reality: With 84% of cyber breach occurring at Application layer,  a defence method that is effective today may not necessarily be so by tomorrow; obviously because hackers are constantly updating attack vectors, and seeking new ones (0-days), in their quest to gain unauthorized access to Applications (Most ignored in terms of actionable budgets) and networks alike, thereby affecting the economic balance of corporations as well as nations.